Glenn Welch (left) and Jeffrey Smith say Freedom Credit Union has made a name for itself in the local lending industry, but there are far more opportunities to expand the portfolio.

Banks and credit unions know only too well that the health of a commercial loan portfolio often depends on the economic climate. Several years of improvement on this front have strengthened the portfolios of many regional lenders, some dramatically. But the added opportunity has done little to ease the fierce competition in the industry, both for lending business and the talent to secure it.

When asked about business lending, Matt Sosik doesn’t talk in terms of dollars and cents, but relationships.

“Building long-term relationships brings value to both sides of the table,” said the President and CEO of Easthampton Savings Bank (ESB). “It allows us to transcend price pressures and competitive pressures and focus on the relationship and its importance.”

These relationships have become critical for banks trying to build their commercial loan portfolio simply because, well, it’s a borrower’s market. In a generally positive economy, businesses are investing — perhaps not at pre-Great Recession levels, but close — but the competition for those loans has only grown fiercer.

“I have a background in commercial lending, and it’s always been competitive,” said Freedom Credit Union president and CEO Glenn Welch. “Nobody wants to lose trades in their portfolio. But every new loan out there… at least three institutions review it. We’ve seen the prices get pretty lean. they were correctly priced for the risk involved.

But Freedom also does a lot of business. Vice President and Chief Loan Officer Jeffrey Smith told BusinessWest that the credit union’s gross commercial loan volume is currently doubling year over year. “We typically averaged $10-12 million in commercial loans each year, but in the 12 months ending July we had over $23 million.” Meanwhile, he added, the business loan portfolio has grown from $30 million to $50 million. 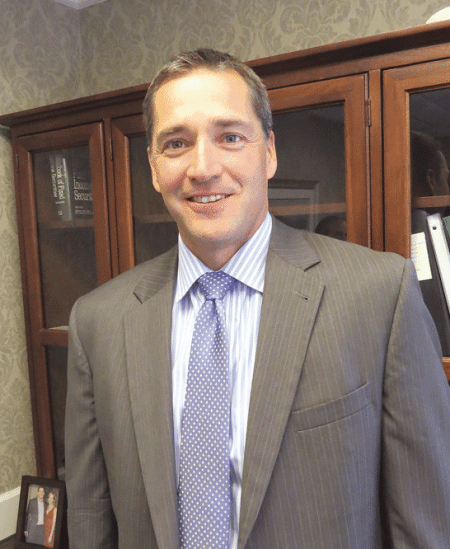 “That’s still very little on a half-billion balance sheet,” Welch said, adding that he sees plenty of opportunities to further increase business lending. “Additionally, commercial lending is the most profitable line of business. You can grow your balance sheet much faster because usually the loans are larger. We cater to the small business market and are generally comfortable in the $2-3 million range, but will go up to $5 million.

Westfield Bank is another institution that is seeing significant loan growth, with higher ceilings for individual loans. The bank was long known primarily as a residential lender prior to James Hagan’s tenure as chairman and chief executive. But over the past two decades, the bank has significantly expanded its commercial loan portfolio, said Allen Miles, executive vice president and senior lender – a process that will continue with the institution’s acquisition of Chicopee Savings Bank, which, when approved, will increase the World Bank’s lending capacity from $20 million to $35 million.

While all banks have been hit hard as businesses cut capital investment in the wake of the recession, smaller community banks have also had opportunities. The country’s big institutions, awash in toxic debt, had liquidity problems and were repelling borrowers, many of whom moved their businesses elsewhere, and the community banks that had laid the groundwork and built relationships were able to take advantage.

Borrowers also appreciate local lenders who can make decisions quickly, Hagan said, and Westfield has become adept at processing credit applications within 24 to 48 hours for loans up to $750,000, Miles noted. Larger loans are repaid in less than a week.

“It helped us grow,” Hagan said. “Potential borrowers appreciate that we can get things done quickly.”

ESB, like many community banks in Western Massachusetts, considers small and medium business lending to be its bread and butter. 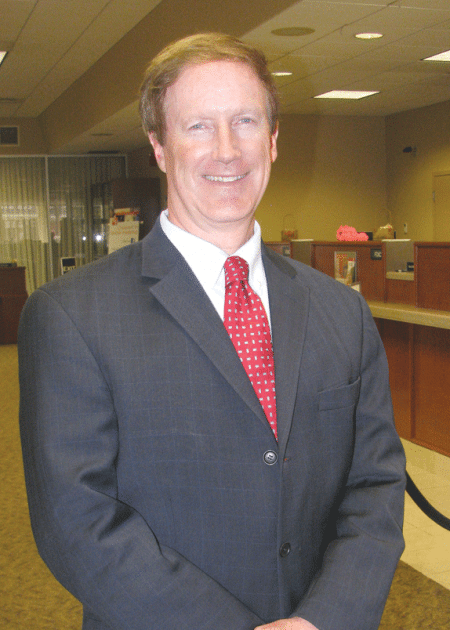 “It’s a very important part of our balance sheet and, increasingly, on the balance sheets of most community banks,” Sosik said. “Commercial lending has become a priority that we are focusing on, and we have been growing the commercial portfolio over the last three years in particular. We try to approach a level that gives us a loan mix of around 50% – in other words, around 50% of the loans in the portfolio are commercially oriented. »

But he returned to the importance of building long-term relationships with customers, rather than one-off transactions. “It’s easier for us to do that when we focus on medium and small businesses and geographically local businesses, of course.”

Freedom Credit Union’s loan growth has been aided by its designation as a low-income credit union, which allows it to avoid the commercial loan cap – 12.5% ​​of assets – at which most credit unions credit must adhere. This, and an aggressive push in commercial lending in recent years, has seen the institution recognized as one of the top SBA lenders in the region.

“The real growth has been in the last two years,” Welch said. “We’ve really matured into being more of a business lender than we were originally. We have a low-income designation, which doesn’t limit us, and that’s a big advantage for us in the market we’re in.

Smith called the institution’s portfolio a “nice mix,” with clients ranging from IT companies, a construction company and commercial real estate projects to social services and nonprofits. “We have a nice niche in the market right now, with so many institutions in that market, headquartered in Springfield. Often we receive phone calls based on the fact that we are a local player in this market. »

The valley has talent

Just because companies are borrowing these days and plenty of opportunities seem to exist doesn’t mean building a portfolio is easy, Sosik told BusinessWest.

“Commercial lending is a priority not just here at ESB, but across the community banking industry, even on the credit union side. There are a lot of players all vying for a finite pool of customers, which creates a very competitive environment.

Indeed, Welch noted that the local lending landscape was rife with movement, with banks poaching talent from competitors and even, in a few cases, entire teams moving from bank to bank.

Hagan said Westfield Bank has been fortunate to retain its top talent and, with the acquisition of Chicopee Savings, will have three loan teams based in Westfield, Springfield and Chicopee.

“We haven’t lost any lenders to our competitors,” he said. “But what we’ve also done is we’ve actively recruited from colleges and universities. We interview people and hire them as credited interns and prepare them internally. They get to know our culture and customer base, and in doing so, we’ve created a way for them to grow in their careers and for us to grow our own loan team. It is very successful. »

This is one of the ways Westfield Bank has been able to continually grow its commercial lending team and loan portfolio, particularly with the small and medium family and private businesses that form the core of its portfolio.

As for Welch, he certainly thinks the continued growth is sustainable. He noted that Springfield was recently named by CNBC as one of “America’s 10 Most Neglected Cities,” meaning cities where economic development — and, presumably, capital investment by businesses – are on the rise, although few people outside their regions are aware of this. And Springfield is just part of an area thriving with entrepreneurial life.

“There are definitely more opportunities for growth, up to Franklin County,” he said. “With our size and our capital, we can compete very well. We’re trying to get our name out there now, but I think there’s a lot of opportunity in the valley.

And that gives a dose of optimism to the region’s growing ranks of commercial lenders.

Joseph Bednar can be reached at [email protected] 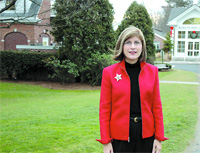